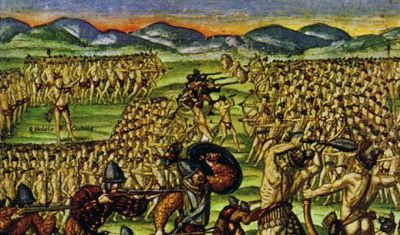 If Hernando De Soto’s expedition (1539-1543) was one of the most significant events in sixteenth-century America, Mabila was the defining moment of his journey

In 1540 De Soto followed the Alabama River to the town of Mabila where the Spaniard expected to find supplies and perhaps even gold. What he got was the bloodiest battle on American soil until Shiloh 332 years later. Garciaso de la Vega’s La Florida, the most detailed record of De Soto’s journey, claims “the number of Indians, men and women, who perished in this conflict by the sword and by fire was thought to exceed eleven thousand persons.” This may exaggerate the numbers, but the battle was a slaughter: eighty-two Spaniards and possibly as many as 4,000 to 5,000 Indians died in the battle. The battle was the defining event in De Soto’s four-year entrada and an ominous portent for relations between Europeans and native culture. 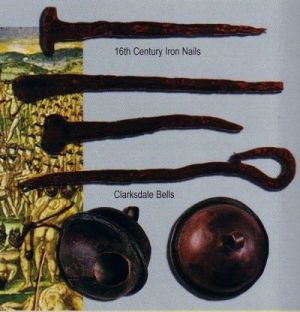 Though the location of Mabila is not known — early historians tended to place it in Clarke County though recently a group of scholars suggested Dallas County where the Cahaba joins the Alabama — the mystery remains a source of fierce contention. A commission organized for the 450th anniversary of De Soto’s journey through Alabama failed to reach a consensus over Mabila’s location.

“It is the absolute truth that there is no one place in Alabama people can go to and say ‘De Soto was here,”‘ explains Linda Derry of the Alabama Historical Commission. “There was a huge Indian village under Cahawba that seemed to disappear around 1540. Its name continues to be unknown but its disappearance is confirmed. Until we can solve such mysteries, armchair historians will have their way. But one small find and just like that, the pieces would fall together.” 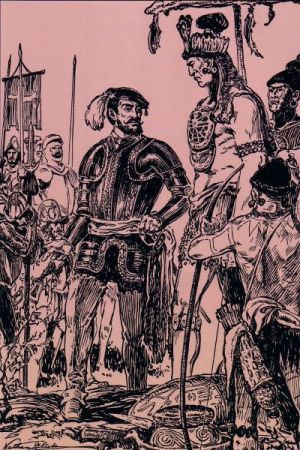 The meeting between Hernando De Soto and Chief Tascauza at the town of Atahichi was a pivotal moment in American history The ensuing battle of Mabila marked a decisive defeat for the Indians, as well as a blow for De Soto’s expedition The exact location of Mabila is still unknown, but when excavation begins again at Cahawba discovery of Spanish artifacts could offer conclusive proof that Mabila and Cahawba are the same.