As we enter the former town limits, the Old Capital Cemetery and the Civil War Memorials are the first indication of this site’s buried history. Of Cahawba, tales still swirl.

Correspondences, anecdotes, a few old newspapers and entries in old Senate journals from the early 19th century are nearly all that remain of the state’s capital from 1820 to 1825. The stories of the town’s sudden rise, fall, and rise again remain as murky as the junction of the Cahaba and Alabama rivers along her banks.

Part of the enduring irony of Old Cahawba is the great separation between its founders’ intentions and reality. A town conceived by Alabama’s first governor to “vie with the largest towns in the country” is today preserved only through the founding of an archeological preserve. A town that once held the largest mansion in the state, as well as one of the finest hotels, a female academy and several prominent newspapers all but disappeared after the Civil War. There are many reasons for Cahawba’s demise — changing settlement patterns, the limitations of early travel, regional politics but any frank assessment can not overlook a healthy dose of bad luck.

From its inception, Cahawba represented William Wyatt Bibb’s vision of what Alabama would become. When divisions ran deep over the location for the state’s capital, Bibb harangued until the State Assembly named Cahawba the seat of government. 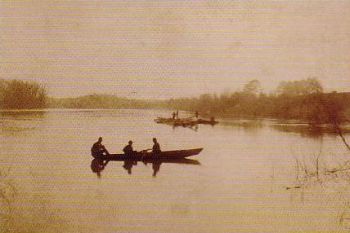 Appropriately enough, Bibb’s design for the town incorporated the ruins of the Native American town into the capital’s central features. The circular moat surrounding the mound became Arch Street, and the mound itself was the site where Bibb hoped to eventually construct a permanent capitol building.

Things progressed quickly. The Federal land office opened to sell land in Cahawba, as well as throughout the state, to westward-moving settlers. In weeks, land in the new capital that sold for $1.25 an acre went for $60 and $70 an acre. By 1822, unimproved lots in the central part of town sold for as high as $5,025. Numerous stores, two newspapers, a theater, state bank, hotels, two ferries, and an imposing two-story brick capitol emerged. But, following the pattern of Cahawba, as soon as things took up, disaster strikes: the national economic panic of 1819 finally reached Alabama, forcing many into debt. The summers of 1821 and 1822 brought yellow fever. By 1822, heavy rainfall brought the Cahaba and Alabama Rivers up and into the town’s outer limits, and critics began calling for the capital’s removal. On December 13, 1825, by one single vote, the capital was moved to Tuscaloosa. Cahawba’s capital days were done.

Soon the population dropped as low as 300. It must have been quite a sight, the former capital building surrounded by abandoned log cabins and a few brick structures. There may have been more alligators in the area than people. Many of the more influential moved on, selling or bringing their houses with them to towns like Mobile, Selma, and Tuscaloosa. It is difficult to imagine these early settlers’ experiences, moving into a region that was until recently Choctaw or Creek territory, carving a capital from the wilderness and then simply departing. 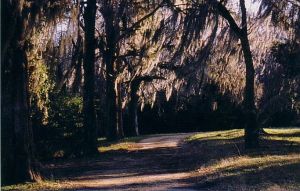 Though the capital and all prestige accompanying it were gone, boom times would return and bring many new settlers to the Black Belt. With steamboat navigation continually improving, a steady influx of people, and King Cotton raising its downy head, Cahawba, situated at such a crossroads, could not help but grow. Chosen as a Federal town site before it was a capital-and a capital before it possessed enough inhabitants to count — Cahawba encapsulated the hopes and the frailties of the young state of Alabama.